A lot of them, but not all, come via Stone Pages' Archaeo News.
Just to get you interested: oldest dog ever, oldest people in America... and the Bubbliverse!
(Not drooling yet?! You're reading the wrong blog then).
Europe 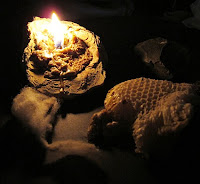