The colonization of Eurasia by H. sapiens

This entry was originally published on June 2013. I judge it important enough to have its own page directly accessible from the blog's header. Please discuss on the original entry.


Continuing with the joint series in Spanish language with David Sánchez at his blog Noticias de Prehistoria, I have just written an article on the early expansion of Homo sapiens in Asia and Australasia after the "out of Africa" migration.

I have in the past explored this matter on this blog and its predecessor but there has been some time since I did it the last time. Therefore it may be interesting to share a synthesis of this updated review with the readers of For what they were...

As usual the review is built upon geographic reconstructions and an overly simple "molecular clock", in the case of mtDNA only (which is the base of the interpretation), that merely counts coding region mutations from the most recent common ancestor (the L3 node), using the latest version of PhyloTree (build 15).

The result for mtDNA are the following five maps: 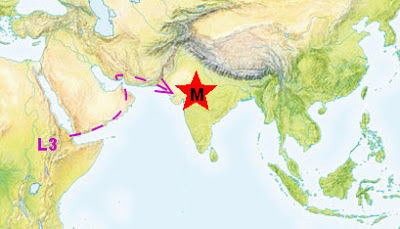 Map 1: the expansion of L3 sublineages from Africa to South Asia. Molecular time: L3+0 to L3+3. 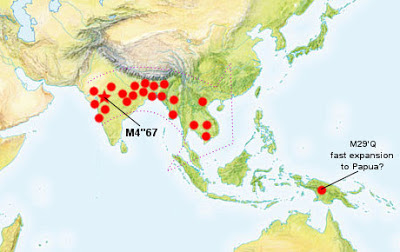 Map 2 represents the molecular time L3+4 (=M+1). There is an evident expansion in South Asia but also into SE Asia.

The presence of M29'Q in Papua must be taken with some caution, as always that a single lineage is involved, what has low statistical significance. 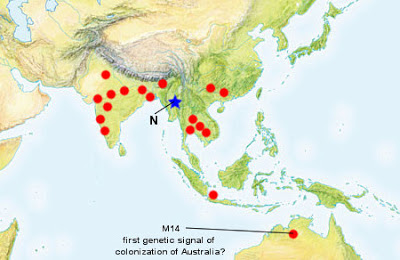 Map 3 represents the molecular time L3+5, which corresponds to the coalescence of haplogroup N, as well as many M sublineages. There is a slowing down in the number of nodes sprouting at this "time", so I would estimate it to correspond with Toba supervolcano (c. 74 Ka BP). 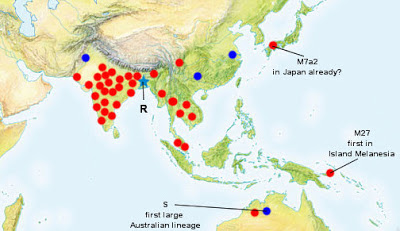 Map 4 represents the molecular time L3+6, which corresponds with the coalescence of R. The rhythm of expansion recovers and the colonization of Australasia seems by now quite statistically significant. 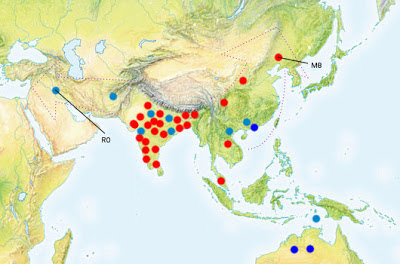 Map 5 represents the molecular time L3+7, which shows the first indications of expansion to NE Asia and Western Eurasia (the Neanderlands), while expansion in South Asia continues very strong (this dynamism of South Asian M lineages may explain why N and R had a limited impact in the subcontinent).

I stopped here because I did not want to stretch too much the potential of my simplified molecular clock method, surely more likely to err as we move away from the reference point (L3 node) but the tendencies outlined in map 5 clearly continue and even increase at later "moments".

I also made a rough age estimate of the various maps, assuming map 2 to correspond to Jwalapuram (since c. 80 Ka BP) and map 5 to the earliest Aurignacoid cultures (Emirian, since c. 55 Ka BP or maybe a bit earlier). The result is:
It is in any case a rough (yet quite coherent) estimate: there is no genetic equivalent of radiocarbon or other physical methods of age calculation.

I did not even try to make any time approximation for Y-DNA, whose expansion I just split in two phases. First what could well be the overall process of expansion from Africa into Tropical Asia (roughly comparable to mtDNA maps 1, 2 and 3): 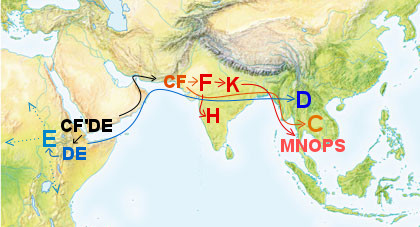 And then the later expansions, divided in two maps for clarity (they should be roughly simultaneous processes):


The continuous arrows in these two maps should correspond in essence to mtDNA maps 4 and 5 and even later in time. The dotted arrows merely indicate some important but late processes since at least 30 Ka BP up to the Late Neolithic.

In all maps there is some uncertainty about the exact coalescing location of each clade or node but overall they should be at least approximate. Particularly uncertain are the original locations of mtDNA N and Y-DNA C and MNOPS but should all have coalesced somewhere between Varanasi and Guangzhou, so to say.

I also mentioned the Denisovan or Homo erectus admixture in Australasia and nearby islands but I will not dwell on it here again.