Update (Jun 2012): As I have not been updating and there have been some very important new discoveries since I wrote this (notably confirmation of mtDNA H in Cantabria and the Basque Country), I strongly suggest to check the entries in the category ancient DNA.


Update (Dec 2012): A recent update was made to the Late Upper Paleolithic and Epipaleolithic maps (see this entry), which are probably of interest here as well: 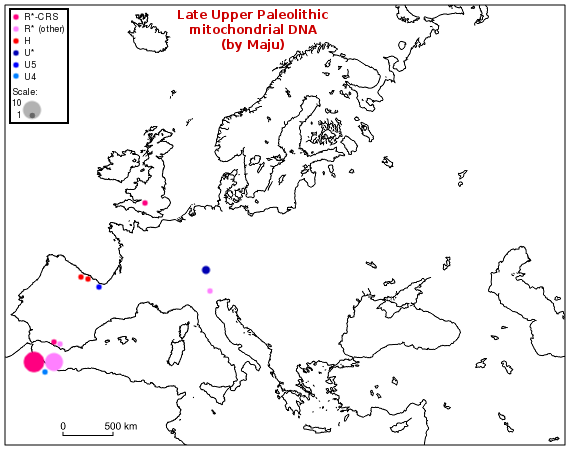 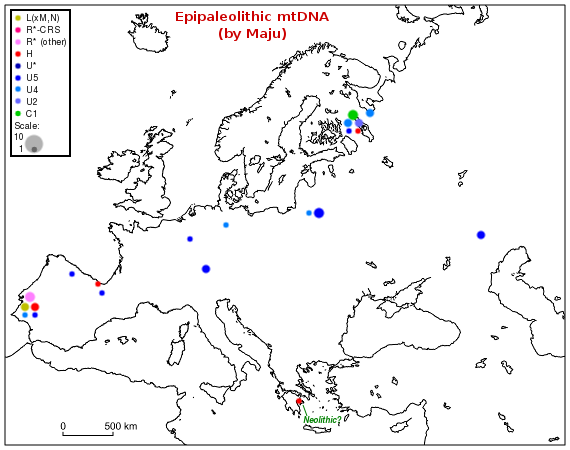 
These maps were actualized last on May 9th 2011. I was as strict as possible on not over-interpreting the raw data, often only testing the HVS-I segment, what is clearly insufficient and sometimes only creates more confusion.

All the data was taken from the Ancient DNA page of Jean Manco (which at the time I considered a good reference but has decayed since then into a mess of half-truths or what is the same: half-lies, pseudoscience) or, as often as possible, from the papers cited there.

As the tests performed in each study varied, an upstream lineage such as R* does not necessarily exclude a downstream one such as H, specially where no HVS-I markers are know to exist between the two nodes. This is a problem affecting specially the identification of H and its major subclades but may also affect other lineages. Check PhyloTree for reference (noticed that I used build 11 for these maps). 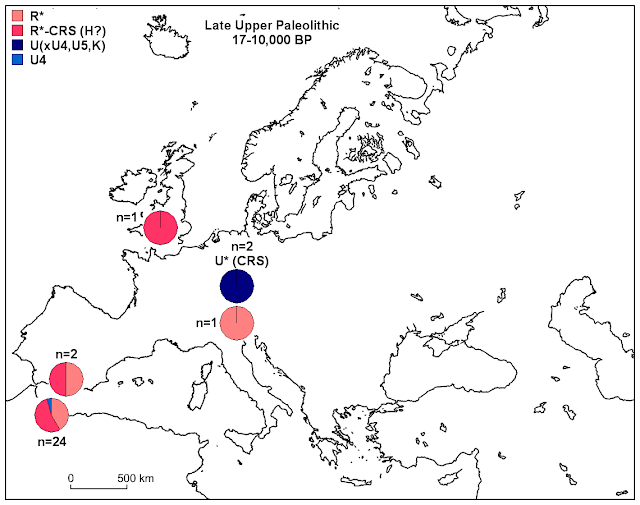 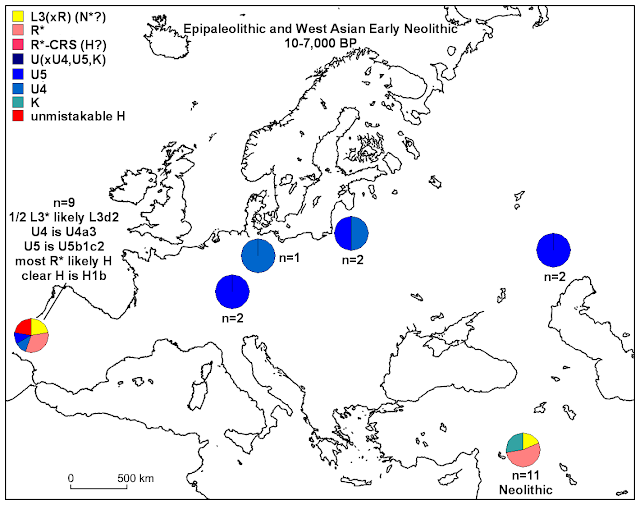 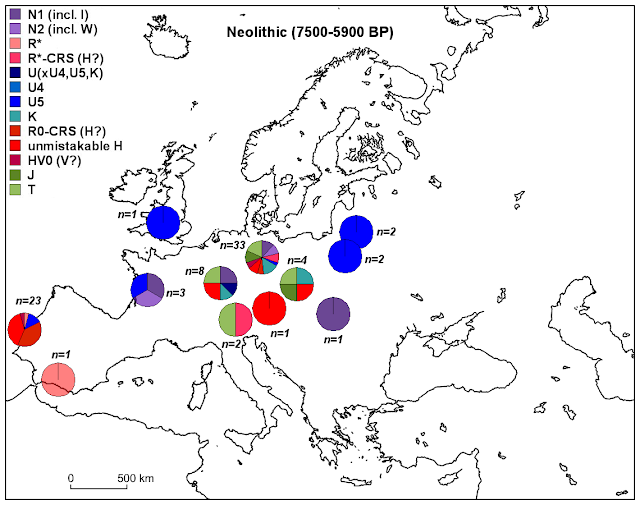 The last map is the only one where I included reported haplogroups as such but only in the inset. The reason is that I could not find the raw data for Izagirre & De la Rúa 1999.

Important update (May 2012): Dr. de la Rúa in person confirmed to me by email that her team tested for Alu I and other enzymatic markers that make her reported haplogroups very trustworthy.

All the process of elaboration was detailed as well as I can fathom in the following entries: 1, 2 & 3. You may also want to check the aDNA category here and in my old blog Leherensuge for wider information.