In the World-famous diving paradise of Raja Ampat, just West of the Bird's Head peninsula of Papua (aka New Guinea), there is more than one of the greatest biodiversity areas of the planet. It has been found recently that off the shore of Misool, one of the major islands of the archipelago, there is also abundance of beautifully conserved Paleolithic murals. 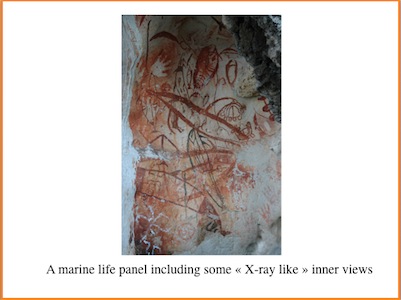 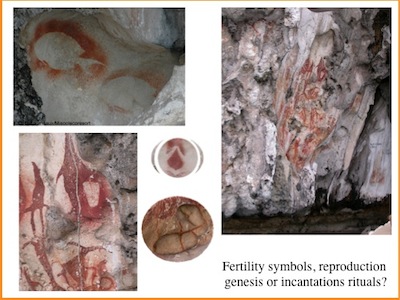 The now submerged rock art is found in 13 different sites (so far), most of them sharing an intriguing pattern of location:
The art was obviously above the water level until the sea flooded all that area at the end of the Ice Age.

Update (Feb 24): after being down for days, causing perplexity among some readers and myself, the WAC source site is up again. Exactly as it was four days ago. Just in case this time I'll upload the images here.
Posted by Maju at Monday, February 18, 2013