On strike: blog closed the next 24 hrs

Update: strike journey ended already, you can read some details at or via my other blog.


___________________________________________
As you may know a general strike has been called in the Basque Country and Galicia, and later another parallel one was also called in Spain by different unions.
The strike is against the draconian social cuts and the retrograde ultra-capitalist destruction of workers' rights imposed by the European Union and the International Monetary Fund and implemented by the new ultra-conservative government (which has no significant more support that had when they were opposition a few months ago).
Therefore this blog will not be edited in the next 24 hrs. and I will not participate in any discussions. 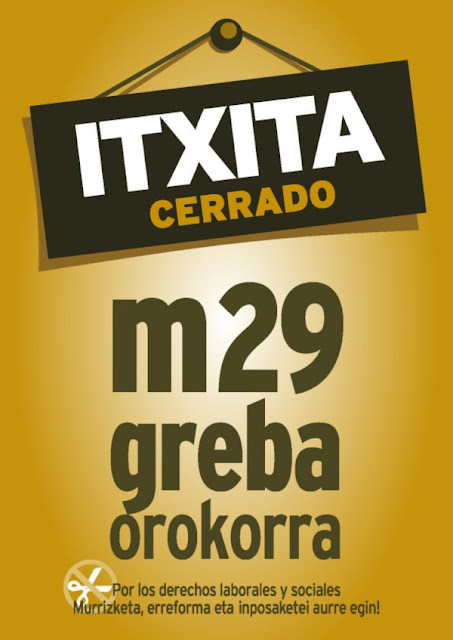