Since years ago, when one Neanderthal individual from Gibraltar was identified as having reddish hair color (but not via the Homo sapiens alleles but a different one of their own), some authors have idealized Neanderthals as hyper-white. For example the Gibraltar kid whose reconstruction is pictured at the right, whose skin looks unhealthily way too pale to be living in Andalusia (the Ice Age would not affect solar radiation in principle, only temperature).
Now other researchers have inferred that the Neanderthals from Vindija cave (Croatia) probably had brown eyes, hair and even skin, which is described as tawny, a light brown/orange shade.
Caio C. Cerqueira et al., Predicting homo pigmentation phenotype through genomic data: From neanderthal to James Watson. American Journal of Human Biology 2012. Pay per view.
The paper is widely discussed at a free article in Science magazine, titled: Were some Neanderthals blue eyed girls?, where the likes of Lalueza-Fox and John Hawks ponder the conclusions, rather critically.
Of course, the conclusions are far from straightforward:

One complication is that traits such as hair color are controlled by multiple genes. To determine the cumulative impact of multiple genes on one trait, the authors assumed they could simply add together the impact of individual genes. The female Neandertal known as Vi33.26, for example, had seven genes for brown eyes, one for "not-brown" eyes, three for blue eyes, and four for "not-blue eyes." By the researchers' reckoning, that means a six-gene balance in favor of brown and a negative balance for blue, so Vi33.26's eyes were probably brown. According to this method, all three Neandertals had a dark complexion and brown eyes, and although one was red-haired, two sported brown locks.

They may well be right in regards to the eyes, although we really know way too little on human pigmentation as of now, never mind Neanderthal peculiarities, to be certain at all. In any case, considering that modern Europeans also display variety of eye and hair colors, I see no reason not to imagine that Neanderthals also had dark eyes and hair. 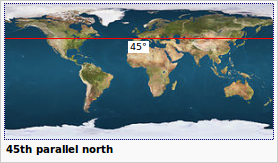 Those traits are after all non-adaptive or mostly so. Instead skin color is key for survival. So I am reluctant to accept tawny as a valid answer for skin color, at least in most of the shades suggested. Very few people if any have tawny skin color today at 45 degrees North, roughly the latitude of Vindija. And that is because of an adaptive reason: the human need to synthesize normally vitamin D using solar energy at the skin (it can also be ingested from fish mostly but it's not as reliable in the long run).
Surely Neanderthals were also biological conditioned in that same way. Although now that I think of it I have never seen a paper stating it, just the same that I have never seen a paper that conclusively argues that Neanderthals lacked fur as we do, being our nearest cousins it is logical to think that they were a lot like ourselves.
But regardless of the thornier issue of skin color, it's probable that at least many Neanderthals had brown eyes and dark hair and also a less hyper-pale skin shade than often misrepresented. In this sense I welcome the news because painting Neanderthals as ultra-Nordics, when they lived largely in Southern Europe and even West Asia was really overdoing it towards the side of pseudoscience.
Posted by Maju at Tuesday, March 20, 2012