Triggered by a mail discussion on linguistic prehistory, I finally did something that was in my agenda since long ago: create and share some Kurgan expansion maps → dedicated page in this blog.

The maps do not cover all the Indoeuropean expansion (which still continues to this very day for all I know) but just the core one of the Chalcolithic period, which provides the skeleton for the understanding of later periods. For ad-hoc reasons all maps are of Europe and nearby parts of West Asia only, although admittedly that leaves the proto-Tocharian Afanasevo culture off map. As I did not go into the Bronze and Iron ages' periods, which would have to include Indo-Iranian expansion, this works alright.

Some eye candy to entice you (map #2 out of 4, arguably the most central one, outlining at least five different branches of Indoeuropean very early on, early 4th millennium BCE): 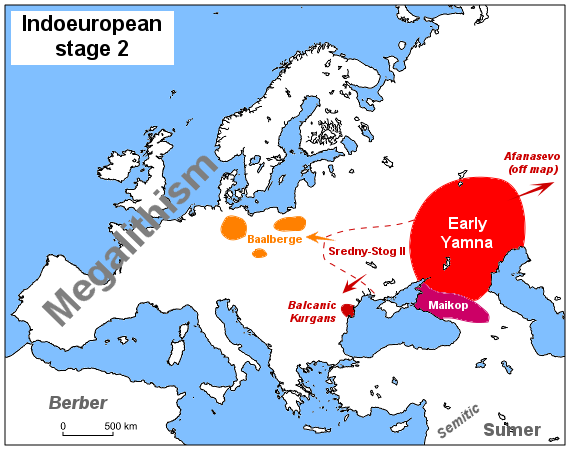