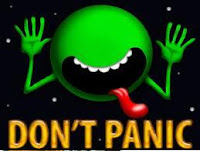 Heisenberg's uncertainty principle is the stuff out of which some of the best modern legends are made, such as the ill-fated Schrödinger's cat, which is neither dead nor alive but exactly the opposite, or the fantastic stories about quantum improbability drives, which made the infinite monkey theorem to be real for a fraction of eternity only to vanish again (among many other infinitely improbable effects).

However everything has an end and that seems to be the case with the uncertainty principle as well. Canadian researchers have managed to prove it false in some circumstances, circumstances theorized already in 2003 by Masanao Ozawa but not experimentally confirmed until now.

While there is a rigorously proven relationship about uncertainties intrinsic to any quantum system, often referred to as “Heisenberg’s uncertainty principle,” Heisenberg originally formulated his ideas in terms of a relationship between the precision of a measurement and the disturbance it must create. Although this latter relationship is not rigorously proven, it is commonly believed (and taught) as an aspect of the broader uncertainty principle. Here, we experimentally observe a violation of Heisenberg’s “measurement-disturbance relationship”, using weak measurements to characterize a quantum system before and after it interacts with a measurement apparatus. Our experiment implements a 2010 proposal of Lund and Wiseman to confirm a revised measurement-disturbance relationship derived by Ozawa in 2003. Its results have broad implications for the foundations of quantum mechanics and for practical issues in quantum measurement.

In other words, the researchers managed to measure a photon with a very weak interaction first and then measure the photon regularly again, producing the same result. This means that the photon was not altered by the first measure, what surely opens many possibilities for both theoretical and applied physics.