If a few days ago I mentioned the study by Rai et al. of Romani Y-DNA, which locate their origins with great certainty in the NW reaches of the Indian subcontinent, specifically among the lower castes, now I must echo this other study, still in pre-publication stage, which deals with the autosomal genetics of the same European minority.

A reasonable complaint at this stage could be that the size of the sample is small and very specially too concentrated in a very specific area: the Middle and Lower Danube region. But, well, let's assume that is not too important.

The authors appear to confirm the NW Indian ancestral affinities of the Roma, however it seems obvious that they have been heavily admixed with Europeans since their migration a thousand years ago.

The tests performed on this regard find greater affinity to Romanians than other Europeans but no other Balcanic nor West Asian peoples were tested for, so some question marks remain open. Certainly it is a bit puzzling that with all the worldwide comparisons performed in this paper not a single West Asian population was included.

There are hence some shortcomings in the sampling and analysis strategy (why to compare with tropical Africans but not with Iranians, Turks, Egyptians or Arabs?) but the study still deserves a mention. 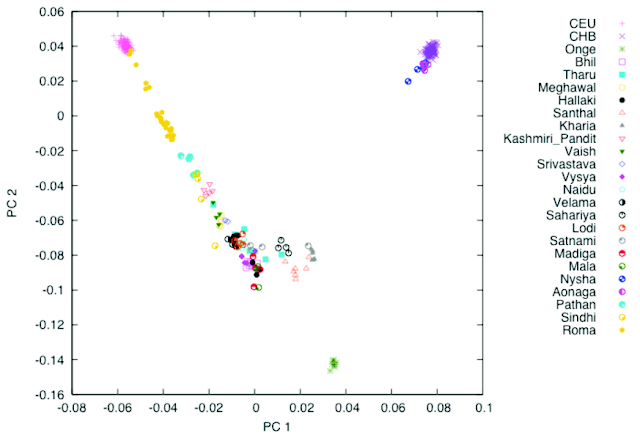